It Is Time to Reclaim Our Future

“The road to economic recovery should not be across women’s backs.”

This is the first sentence of the feminist economic recovery plan put forward by the State of Hawai’i. Released last month, the state’s commitment to center the voices of marginalized communities as it rebuilds post-COVID is a central theme of the plan. They define these populations as those who suffer from the overlapping impacts of sexism, racism, and classism, with a focus on Native Hawai’ians and immigrants.

The plan’s approach is inclusive, and its vision bold. “We hope to make space for community ideas that speak not only about response and recovery, but also of repair and revival: repair of historic harms and intergenerational trauma playing out as male domination, gender-based violence, economic insecurity, poor health, and mass incarceration,” it reads. “It is clearer than ever that capitalism could not care for us during COVID-19. Now is the time to prioritize a revival of place-based practices and knowledge, and self-determination.”

If fully implemented, Hawai’i’s plan will be nothing short of revolutionary.

Meanwhile, on the other side of America, in my home state of New York, there is similar rhetoric about the need to reimagine society. Except in this case, the ideas are not just less inspiring—they might actually help uphold the status quo.

On April 20, Governor Andrew Cuomo announced the creation of a Reimagine Task Force. This expert committee was given the mandate of not just reopening society post-COVID but reimagining it. “Let us use this as a moment to really plan change that we could normally never do unless we had this situation,” said the Governor at launch.

Shortly thereafter, NYC Mayor Bill de Blasio announced a Fair Recovery Task Force to develop a post-crisis recovery effort that builds a stronger, fairer economy and society. The NYC Task Force will also propose questions to be considered by an upcoming City Charter Commission, which has the power to overhaul the policies and functions of the NYC government.

Both efforts represent once-in-a-lifetime opportunities to remake society. Their very names signal that governments are open to bold, ambitious new visions. But, as designed, their makeups reveal a very narrow view of whose visions actually matter in shaping the future.

COVID-19 has laid bare the extent to which economic and political systems are captured by elite interests, and corrupted by those who value profit over collective security. The communities that are suffering most have little opportunity to input, and recovery task forces reflect traditional, top-down ways of making change. At the state level, task force members are highly placed government, civic, and business leaders such as ex-Google CEO Eric Schmidt and Bill Gates—the usual suspects of directors, commissioners, and CEOs. To put it simply, relying on billionaires to save us shortchanges our democracy, and abets the continued dysfunction of our public institutions.

To be fair, the State and City approaches to reimagining look somewhat different. While information on both remains sparse, the NYC task force includes prominent civic leaders, including Patrick Gaspard of the Open Society Foundations and Jennifer Jones Austin of the Federation of Protestant Welfare Agencies. But neither task force has articulated how the voices of citizens and residents will be considered, or how the needs of historically oppressed communities—the ones who have suffered most in this pandemic—will inform their work.

Instead of sitting idly while elite-dominated task forces plan our future, we must take matters into our own hands. We must claim our seats at the table to reimagine our future.

Activists have long protested the type of public-private partnerships we’re now seeing take shape. Community organizers have long demanded our public institutions center the needs of our most vulnerable. Advocacy groups have long called for our governments to do better. Within these approaches, there is the assumption that governments will heed our cries; that if our protests, demands, or calls are loud enough, institutions will do the right thing. But history has proven this extremely difficult.

We need to put community voices in the driver’s seat, and use the opportunities presented by these and future government task forces to reclaim our agency. We must seize our power and—taking a page from the lobbyist playbook—propose the solutions we seek.

As writer and movement strategist Cyndi Suarez has observed, “Systems change is about shifting power.” We have a profound and urgent window of opportunity for communities to seize power and, in doing so, to reshape society. We must reject elite control of our future, and embrace radical new ways of envisioning and building society, from the ground up.

The road to economic recovery cannot be paved by powerful elites, and across our communities’ backs. It is time for us to rise up and reclaim our future. 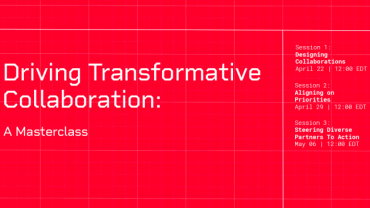 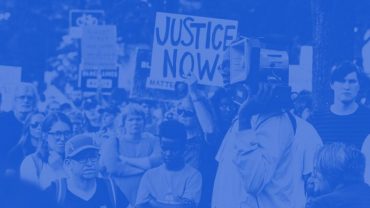 A Call for Radical Transformation 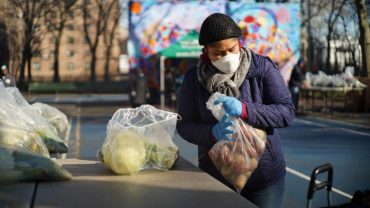 How to Respond to a Pandemic When Our Institutions Can’t