Why U.S. Cities Need a New Approach to Data

One of the long-running dangers that can trip up social change practitioners is something I call the “Field of Dreams Fallacy.” It happens when an institution decides to make an investment in any new tool without real input from the people it’s trying to serve. It doesn’t matter if it’s a mobile feedback tool or dashboard, a co-creation workshop or community of practice, or any of the countless other innovative approaches and technologies that have emerged in the past 50 years. If an institution barrels ahead with an “if you build it, they will come” approach, the impact is likely to fall short.

I’m thinking about the Field of Dreams Fallacy because it’s “Open Data Week” here in New York City:  series of conversations and workshops examining the movement to make official government data “open,” or freely available online. Reboot is thrilled to be participating in Open Data Week, because open data can be a powerful and important tool. But it’s also one that has been especially prone to the Field of Dreams Fallacy in the past decade—this week is a big opportunity to push the entire movement forward. It’s time to start focusing our data efforts on users first.

Set aside the dream and start with real-world problems

New York City is a true pioneer in data transparency. And like other leading cities around the country, the City is well aware of the Field of Dreams Fallacy, having already found that simply making data available is not enough.

In 2012, city government passed a law requiring all public data to be freely available online. While making progress on that ambitious goal, the City has also updated and refined its approach by making a commitment to “open data for all,” recognizing that data is only “open” if it is accessible and useful for everyone. In that effort, the City is finding innovative new ways to understand not only who is currently using its data, but who has the highest potential to use it—and to find new ways to engage those activists and community leaders.

Cities all over the country are running into the consequences of the Field of Dreams Fallacy. For a long time, cities have measured their progress on open data in terms of how many datasets they’ve released. A growing number of conversations reflect the realization that this metric is not enough: The data is open, but there is not enough articulated demand for it to be frequently used to drive tangible change.

But in searching for solutions to this problem, too many leaders are still focusing on the data and technology. A number of cities still measure success in terms of datasets downloaded, which doesn’t really capture whether the data was even useful. It’s still a “supply-driven” approach, which starts with the question, “What data is available that we can open?”

It’s time instead to start asking, “What problems do our residents want to solve?”

Always start with the user

Reboot has been working to understand and improve the ways governments and citizens use data as tools for problem solving since our founding. We developed the first sub-national open-data portal in sub-Saharan Africa, studied the national open data portfolio in Mexico, and conducted a scoping study with the Open Society Foundations to examine how well government data initiatives understand the users of their data (the answer was, “not always very well.”) We’ve seen many positive examples of innovative governments that genuinely seek to engage residents, and we’ve also seen the pitfalls of proceeding ahead on a data initiative without real clarity about the actual people expected to use the data.

For years, we have also worked with city partners on better approaches. While the approach depends on the constraints and goals of any particular city and its residents, broadly, we see the solution as starting with the users, and involving them throughout.

For example, we recently partnered with the City of Madison, Wisconsin and the Sunlight Foundation to take a user-centered approach to data. The City was in the midst of updating its development plan, called “Imagine Madison,” and gathering resident feedback about priorities for the city. The City’s data team wisely started with that feedback, and residents’ expressed interest in “complete neighborhoods,” in taking a new approach to making its data useful.

The report from that work is now publicly available; it includes a list of “Data Use Cases,” which shows in practical terms how data can be useful to civil society, such as “To prove my point” (when advocating for policy change) or “To make program decisions” (when deciding how to allocate resources). These kinds of plain-English uses for data are a good starting point for cities looking to improve their approach to data.

Invite people first, and then build it together

The Field of Dreams Fallacy is not just about data. As humans, we tend to fall into this trap with any new tool. That’s why Reboot’s core, foundational principles include “start with the user;” it’s our way of ensuring that our solutions are always targeted directly at real-world impact.

Because if you build it, they may not come. Instead: Invite people first, and then build it together.

I’m excited to talk more about our demand-driven approach during Open Data Week: 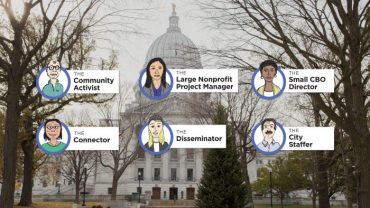 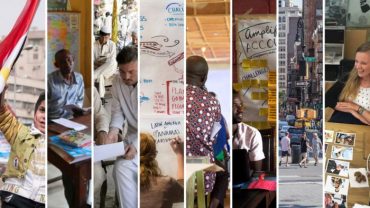 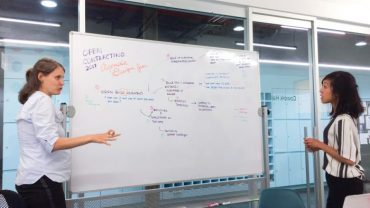