The promise of open government is unlocked when diverse actors work together toward a common vision. It requires engagement by citizens, government, civil society, the private sector, and others with a stake in good governance. Yet while collaborators may share values of transparency, participation, accountability, and innovation, the actual practice of co-creating solutions to advance these ideals can be messy.

Reboot is honored to have supported five pioneers from the Open Government Partnership (OGP) subnational program in co-creating their open government roadmaps. The resulting commitments and action plans are remarkable. They prioritize citizens’ pressing needs and interests, and amplify past gains made by government and civil society reformers. They seek to strengthen local capabilities and institutions, and have therefore won widespread local support.

From our collaborations, we’ve surfaced some insights on what leads to successful co-creation; a sample is shared here, illustrated with snapshots from our remarkable partners. The issues each grappled with will be familiar to anyone working in open government, and we hope that their approaches to addressing the issues will inspire. Finally, we were excited to see OGP release co-creation standards to help strengthen government and civil society collaborations on the open government agenda, and we hope these stories help illuminate those guidelines.

In 2010, Kenyans voted to pass their country’s new “people-centered constitution,” lauded as one of the most progressive in the world. Central to the new constitution was the promotion and protection of citizen participation at all levels of government decision-making.

The County Government of Elgeyo Marakwet, led by its first-ever governor, has embraced the spirit of the constitution. The County allocates a majority of its annual development budget based on citizen input received in public meetings. It has also established an office of public participation, passed legislation to enshrine citizen input in development planning, and championed innovations in citizen engagement. County executives, for example, monitor dozens of hyperlocal WhatsApp groups to surface and rapidly respond to urgent citizen needs, from collapsed bridges to medical emergencies.

Elgeyo Marakwet’s embrace of citizen participation in policymaking is commendable. But its enthusiasm for public participation—by multiple arms of government, at multiple intervals in various planning processes—has resulted in participation fatigue. As a result, executives now struggle to get the volume and quality of citizen inputs they need to inform their work. And in terms of development outcomes, the return on investment in all these public participation efforts is yet unclear.

As such, the County used OGP as a platform to unite policymakers, technocrats, civil society, and international partners in pursuit of a longstanding priority: the refinement of public participation practices for greater efficiency and impact. As one of its OGP commitments, Elgeyo Marakwet is now developing and piloting new frameworks and approaches for more effective public participation in local governance. To do so, it is analyzing its own extensive experiments with citizen engagement, and drawing on those of fellow co-creators, to answer the question: When, and under what conditions, are what types of public participation more effective?

Their results will be valuable not only for the County, but for others seeking to advance participatory governance in Kenya and around the world.

Collaboration between diverse stakeholders is key to realizing open government’s potential, but doing so is easier said than done. To motivate and sustain their participation, it is critical to define the unique value each actor brings to the table—and the tangible benefits each stands to gain.

Co-creation is hard. It requires collaborators to invest additional energy in working with new actors through unfamiliar processes. To do so, individual collaborators need a clear sense of what they stand to gain. Yet in open government, the value of co-creation is often celebrated in the abstract, and not necessarily defined in concrete terms.

When the City Government of Sekondi Takoradi Metropolitan Assembly (STMA) began defining its open government roadmap, it did not blindly embrace co-creation. Rather, it sought to identify specific areas where collaboration with outside actors would add unique value.

Resource mobilization is a key priority for STMA—as it is for all governments—and an area where support from businesses is critical to success. Recognizing this, the government sought to leverage the expertise and networks of private sector associations in defining new opportunities to raise public funds. Together, they piloted a new tool to collect input from businesses on how STMA could better support them. The process also revealed gaps in the current approach to setting business tax rates that, if addressed, could increase internal revenue generation.

This experience highlighted the tangible benefits of co-creation for both the public and private sector. In its OGP action plan, STMA committed to continued collaboration with businesses in areas of mutual interest. These successes have been recognized by the national government, which is now considering adoption of the private sector engagement approach piloted in STMA.

Don’t underestimate the value of old-fashioned conversation. Get diverse stakeholders to engage in face-to-face dialogue—and help them get personal. Unearthing shared values and building trust early in a co-creation process lays the foundation for future collaborations on thorny issues.

To define its open government roadmap, the Provincial Government of Ontario designed a multi-phase public consultation process. Citizens submitted 46 ideas to advance transparency, accountability, and citizen participation, then voted on a shortlist. As inclusivity was a key value championed by the government, activities were done online to enable participation from as many Ontarians as possible.

The shortlist was rich, but needed input from the government actors that would be responsible for their execution. The mandate developing under the OGP banner was also significant, and would benefit from contributions by civil society.

Ontario thus held a series of workshops to prioritize and develop plans for top initiatives, attended by nearly 100 stakeholders representing government and civil society, as well as private citizens. While many had previous experience with Ontario’s open government work—and would be involved in implementing its OGP action plan—most were new to each other. As such, the value of the gatherings was not just technical, but also social: Building relationships between these prospective co-implementers, and defining a common vision, would be critical to realizing Ontario’s open government ambitions.

The workshops were carefully designed and facilitated. Early activities focused on drawing out participants’ individual (not organizational) motivations for pursuing this work and helped highlight shared personal values. Technical exercises were dynamic but highly structured. helping focus conversations on the why’s and how’s of the ultimate vision, and not the what’s of the task at hand—a common challenge when diverse actors co-create.

Inspired by the experience, many non-government participants volunteered to help drive forward Ontario’s OGP commitments. Such high levels of citizen ownership and buy-in are now proving valuable in advancing the reforms ahead.

Many people want to contribute to their communities but don’t know how. By identifying untapped and fragmented interest, and directing it toward specific opportunities, open government leaders can stoke unexpected and fruitful co-creation.

The residents of Austin, Texas, are known for their civic pride and activity. In 2005, the city’s volunteerism rate was 10 percent above the national average—but it has since steadily declined. There are several possible contributing factors, including the city’s recent population explosion. From 2011-14, over a quarter-million new migrants settled in Austin, many of whom are unfamiliar with local issues or how to help shape them. The population also skews young, and is heavy on millennials who, statistically speaking, volunteer less than previous generations.

Yet despite common media narratives about millennial apathy, the City Government believed that these citizens were an asset to be mobilized. They were highly educated and many worked in technology. In short, they had ample talent and ideas to contribute—they just needed a cause to believe in. And Austin thought open government may be just the thing.

The government thus kicked off its OGP work at a civic hackathon popular with young citizens. At the event, city officials explained Austin’s vision for open government, outlined possible paths to achieving it, then asked for support from those present.

The rallying cry worked. Participants were eager to contribute, and immediately began tackling the City’s open government to-do list. Over the course of a weekend, they conducted design research on citizen needs, helped refine Austin’s OGP goals, and identified priorities for its open government roadmap.

The community built and the insights generated at the hackathon continue to guide the City’s open government work today. They also illustrate the magic possible when latent energies are channeled toward worthy causes. In doing so, savvy open government leaders can build coalitions with diverse talent and do more with less.

Open government reformers tend to dream big. But for ambitious visions to lead to tangible impact, they must be grounded in a robust understanding of current capabilities and constraints.

The State Government of Jalisco had grand ambitions for its open government work—and the passion and skills to realize them. A series of early wins had built momentum around open government across the state, and the OGP working team was keen to respond to the growing interest.

Yet they soon realized they risked becoming victims of their own success. To achieve their vision for open government, the working team needed to link their vision to existing institutional interests and resources and possibly scale back their ambitions. To determine how to do so, they first enumerated the various (and ever expanding) set of open government priorities, ongoing activities, and incoming interest. Then, they mapped the list against the mandates, expertise, and capacities of partners—current and potential; government, civil society, and private sector. Finally, they examined the political climate and other contextual factors that may impact the feasibility of individual initiatives.

All the opportunities were potentially impactful. But only those that could be assigned adequate human and financial resources, and that had a conducive enabling environment, were prioritized; the rest were put on the back burner. While this meant that Jalisco could not pursue all its ambitions, it knew that those it did pursue would deliver on their promise—the ultimate goal for any open government program.

The 2016 OGP Summit in Paris was a remarkable event for many reasons—for us at Reboot, we loved seeing so many of our visionary and tenacious government collaborators come together to share experiences, help each other troubleshoot challenges, and inspire each other. For us, it’s clear that going subnational is imperative if open government is to realize its promise of fighting injustice and improving the lives of citizens around the word.

In the weeks ahead, we will be sharing more about our approach to co-creation—specifically in the context of OGP action plan development—and we look forward to working with our partners both here in New York City and around the world to advance more transparent, participatory, and responsive government.

In the meantime, to learn more about and support the groundbreaking work of any of our partners, or Reboot’s soon-to-launch open government program, get in touch: hello@reboot.org. 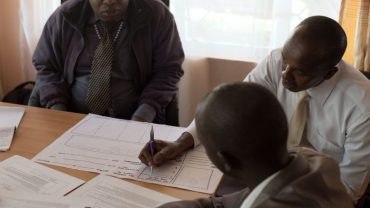 Process Over Product: How User-Centered Design Can Create Impact in Government 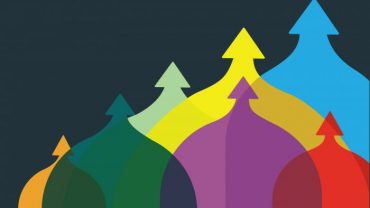 Open Government—A Means, a Journey, but not an End 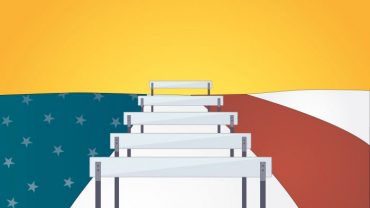