Independent media plays a critical role in advancing good governance. In many places, this role is increasing, as communities and journalists use new digital tools to upend traditional power structures. In Nigeria, for example, there are notable examples of journalists turning a bright spotlight on corruption. But as independent media in Nigeria strives to grow in relevance and impact, the systems of political interest are pushing back.

The case of Stella Oduah, former Minister of Aviation, shows how media victories in emerging democracies can be extremely incremental. Journalists exposed in 2013 that she had misappropriated public funds, spending N255 million (USD1.3 million) on bulletproof BMW cars. Oduah was removed from office, but the corruption charges against her are still pending; in the meantime, she has been elected to a higher position in the national senate. Despite the media’s success in exposing Oduah, she remains in power. The path from media exposure to accountability is not straightforward.

Announcing a new report on media and good governance

Despite steep challenges, the opportunities for media development are ripe. As media systems across West Africa diversify after decades of state control, there are opportunities to support innovative journalism, not only to increase government transparency and accountability but to encourage economic development as well. But in such a rapidly changing environment, funders interested in these opportunities need an empirical grounding for their investments.

This is the inspiration for one of Reboot’s most recent projects. Omidyar Network, which has invested in innovations that accelerate and support independent media around the world, engaged Reboot to develop a nuanced, field-based understanding of the constraints and opportunities that drive media innovation and impact in West Africa.

Through four months of in-depth field research, we learned first-hand from citizens, journalists, media professionals, and government representatives in Nigeria and Ghana, countries chosen for their vibrant media ecosystems. Based on this research and in collaboration with Omidyar Network, we are currently preparing to release a new report on our key findings, to inform international donors who want to understand and engage media development in West Africa.*

Nigeria, which last year removed a sitting president from office through the ballot box for the first time, is experiencing fascinating changes in the media industry. With well over 400 radio and TV stations, more than 80 newsprints, and rapidly growing online media, Nigeria is a regional leader in media industry diversity and volume. The boundary-pushing outlets include both traditional and new media outlets, including Channels TV, Sahara Reporters, Premium Times, and Nigeria Info. These and other practitioners have advanced the media landscape, shaking up old models and scoring major successes.

Yet as media calls for greater accountability and transparency, government is responding with more measures for control. Government is able to tighten the tap on local media resources through ownership of media houses (or connections to owners), ties with advertisers (or advertisers’ perceived political interests), direct payments to journalists, hiring influential journalists to run government or corporate press teams, and other means.

Business cultures in West Africa also devalue the work of journalists. Experienced, credentialed journalists often lose jobs to less-experienced journalists who will work for less pay. In Nigeria, it is common for a media house to skip paying journalists for months on end, a practice justified through the expectation that journalists will make enough money in “tips.”

A field like this, where coverage is bought and paid for, often compromises media’s integrity. But in the digital era, new alternatives are opening up.

With resources scarce, one of the biggest pressures encouraging media innovation is the voice of citizens, especially empowered by social media. Notable disruptions include: Occupy Nigeria, a campaign against fuel price increases, spurred largely by social media savvy activists; Bring Back Our Girls (#BBOG), a stand against terrorism and kidnapping in Nigeria; and EkitiGates, an unveiling of military involvement in rigging elections and evidence of the rise of citizen journalism.

Last year’s presidential election was a milestone in this trend. The popular narrative during the election was set by online political activists and platforms, such as the organizer/blogger Japheth Omojuwa. New media’s power rose alongside social media; by the 2015 election, there was a flood of new media startup organizations, as everyone wanted a voice in the marketplace.

Above and beyond the elections, social media has transformed the media and influenced its growing prestige in Nigeria. The proliferation of social media has made it harder for media organizations to serve only the interests of a few elite. Citizens have access to breaking news from a variety of sources, and so are demanding their media organizations keep up, both in terms of speed and in terms of representing more than just official narratives.

There is a unique dynamic between journalists and citizens that is helping push the boundaries for media. Journalists are getting better at providing content that resonates with citizens’ interests. Citizens are reinforcing journalists with recognizable support, including engaging with content and demanding depth, clarity, and credibility in reporting. This dynamic is behind many of the most exciting innovations uncovered through our research, which will be released soon.*

The challenges in the terrain also signpost the great opportunities to be harnessed in Nigeria for media to shape governance outcomes. Progress has been made, but there is still limited evidence that long-term change happens because of media. What is clear is that much more and smarter work is needed to advance media development and impact. We look forward to continuing the conversation! 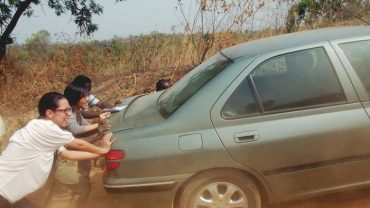 Lessons from Five Years of Reboot 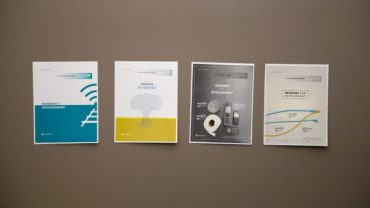 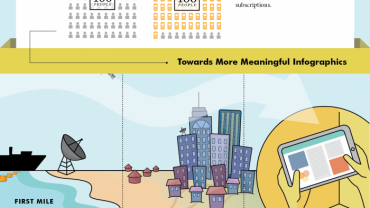