A couple of years ago, I had a moment of crisis about the role of design in tackling the challenges of our time.

My firm had been asked to take on a project supporting the democratic transition in Libya. After 42 years of autocratic rule, citizens could finally vote, and our task was to help the transitional government develop a system to register and manage voters. Libya is a geographically vast country, with a diversity of ethnicities and tribes, as well as an estimated 800,000 citizens living abroad, and the project was sure to pose compelling design and development challenges. While development firms working in these kinds of environments have been criticized for “parachuting in” to drop off a generic, pre-designed technology product, that wasn’t an option for us. First of all, no one had ever created a mobile voter registration system before. Second, we wanted to show what a truly human-centered, contextually-grounded approach could accomplish.

Still, the decision to accept the work kept me up at night. I was worried that we might end up doing more harm than good by taking the project.

Can Designers Change the World?

I was trained in the private sector, but for nearly a decade now I’ve been part of a growing community in international development seeking to use design to tackle the world’s most difficult problems. For example, in response to the interest expressed by international organizations and donors, including Melinda Gates, nearly every major commercial design consultancy has launched a “social innovation” arm, including Ideo and Frog, while the strategy consultancy Dalberg has just launched a new design practice. This community is taking the tools that corporations have used for decades to create products and services that people want and applying those to the public space to create the products and services, like medical care or access to education, that people desperately need.

Yet I’ve noticed in this community a growing nervousness about how much design can create positive change. At conferences, online, and in private conversations, my colleagues are wrestling with the ways that “design for development” is falling short of its promises.

Even when well-spent, aid money can be a way of sweeping real solutions under the rug.

This is not surprising, given how fundamentally different the dynamics of the development space are compared to those of the commercial world. For one thing, in functioning markets, the user (aka, the customer) is powerful because she has money to spend. The users of a development program are often marginalized and powerless, with no money or voice to compel governments to listen to them.

And where commercial projects have a clear idea of the user and clear measures of success (e.g., widgets sold, conversation rate, or plain old revenue—a great organizing principle), public sector design projects have no set “bottom line.” How do you define “improved governance”? Is it stronger rule of law? Reduced violence and crime? Better public services? It depends on who you ask, and there are often complex politics and different interests at stake.

What’s more, the world’s most intractable problems are deeply rooted in massive systems, while design is a discipline focused on the edges. Traditional design focuses on creating and improving society’s outputs and interactions, such as a sleeker mobile phone or a more efficient way to buy coffee. When these skills are translated over to the public sphere, design still tends to focus on outputs instead of the real systemic problems. We create apps to help students study for their SATs, but deep down we know the education system isn’t investing enough in schools in poor neighborhoods. We design websites to help citizens surface ideas to their governments, but we know the heavy hand of corporations in politics prevents these ideas from actually getting used. These projects pursue admirable goals, but because they’re focused on the edges, they’re only making incremental improvements in a time when we need fundamental change.

I’ve struggled with these questions for much of my career. In our work at Reboot, we know that design practices are only one tool in our toolkit. Our work has also drawn heavily from other fields, complementing the strengths of design with those of ethnography, economics, political science, and the development field. Our designers are humble and recognize how much we have to learn from these disciplines, which have wrestled with the world’s thorniest problems for decades.

When Aid Does More Harm Than Good

But there’s another deeper concern, one that caused many a sleepless night around the elections project in Libya: With our good intentions, our human-centered ethos, and our appropriate tech solutions, would we create a veneer of good will that distracts attention from, and maybe even perpetuates, the global systems of injustice?

Because let’s face it: Even when well-spent, aid money can be a way of sweeping real solutions under the rug. It’s fairly cheap and easy for rich countries to disburse aid, compared to the effort and expense of arriving at the difficult political bargains on migration, climate change, trade, and other issues that would change lives in more meaningful ways.

Worse: In conflict situations, aid can be a part of the cycle of violence. When Libya collapsed, there were 20 million arms in non-state hands—in a country of just 6.2 million people. Those arms were sold to Gaddafi’s forces by Western countries, including the UK and Italy. We were complicit in the country’s destruction, a complicity that tends to be overlooked at United Nations convenings and expert panels on countering weapons proliferation.

Despite these concerns, I believe that international development is still one important path to progress. I believe we have a responsibility to take action however we can to alleviate injustice and poverty around the world. And I believe that designers have much to offer in the larger collective effort to push forward social and economic progress.

Reboot took the project in Libya. We spent seven months there, through periods of conflict, to keep us responsive to Libya’s dynamic political situation as we worked to meet tight deadlines. Objectively, the project was a success: We created the world’s first mobile-based voter registration system, which millions of Libyans used to register at home and from abroad. Our system also helped the Libyan government increase the sophistication with which it managed its elections across the country. It continues to be used in Libya today.

But in this work, we also had to recognize that creating a voter registration system was just us tinkering at the edges of the large, complex, decades-long process of developing a legitimate democracy. We had to be conscious of our role in this larger system, so that even when we disagreed with our Libyan counterparts, we were there to advise, not impose. This, after all, was about change on their terms and timelines, not ours.

As designers, it’s easy to “know the right solution.” (All the user research we did! All the systems maps! All the A/B testing!) But democracy requires people driving for themselves. And when we were able to set aside our “evidence-based design decisions” and our desire to “drive positive change” as we defined these terms, we noticed a shift in what our work was serving.

This, after all, was about change on their terms and timelines, not ours.

More important than our “solution” to the design problem at hand were the conversations enabled by the co-design process we’d undertaken with our Libyan counterparts. As we explored technical questions about the voter management system—what data security protocol to use, where information should flow, what analytics to track—we were creating the space for dialogue about larger questions of governance. These were questions about a government’s responsibilities to its citizens and the extent to which a state should invest to fulfill these responsibilities; we were, in short, discussing what it means to realize a renegotiated social contract among Libya’s population and governing institutions.

Many of the new government officials had participated in the overthrow of Gaddafi; as we worked together on our small contribution to post-revolution Libya—helping citizens participate in elections—we were facilitating a conversation about what it means not just to revolt against a dictator, but to govern in a just, inclusive way.

Designers have great power: We can “nudge” people to behave differently. Collectively, if more of us are working toward positive change, the impact of a million little nudges in the right direction has immense potential. The flip side of this is that those actions we don’t take have an impact, too. If we are passive, and fail to actively engage in our work with the larger systems and goals in mind, we’ll be (at best) complicit in the social injustices around us.

But if we’re willing to tackle the thorny problems, to get involved in messy policy and political debates, and to go head-to-head with organizations and interests that would prefer we didn’t ask the tough questions, designers can be part of larger solutions.

Each of us may only have a teaspoon. But if we’re all scooping in the right direction, maybe we can start to make some waves.

This article was originally published on Fast Company’s Co.Exist channel on May 14, 2015. 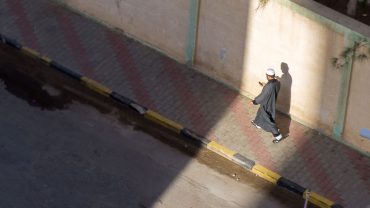 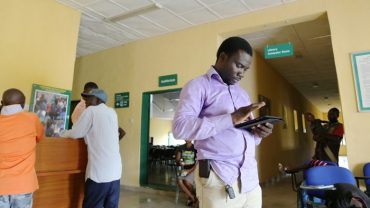 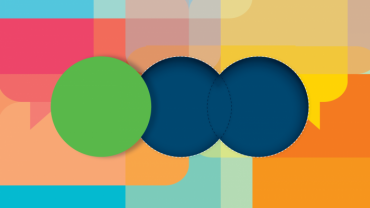 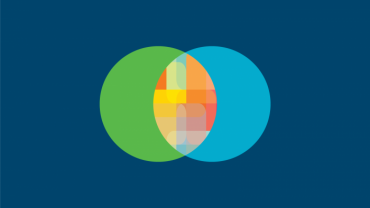 The Wonk’s Guide to Irrational Humans