While conducting research in rural Nigeria last year, I met Ester, a young mother who told me about her last visit to the local health clinic. After receiving a malaria treatment the government had advertised as free, she was charged the equivalent of her whole week’s pay. I asked what she did about it. “Nothing,” she said. “What would I do? Who would I tell?”

This was not the first time I heard this reason for not reporting feedback on a negative health care experience. Ester’s voice was part of a larger chorus that our research team heard often when speaking with patients in Wamba, a mountainous region in central Nigeria.

To address this communication gap between patients and services providers, Reboot, in partnership with the World Bank, the Nigerian government, and Caktus group, developed an SMS-based program to collect and act on citizen feedback regarding the quality of primary health care services. The pilot design, known as My Voice, would enable patient experience to directly inform improvements to public healthcare, supplementing Nigeria’s performance-based financing initiative for national healthcare reform.

Interviews with Ester and other Wamba citizens highlighted just how uncommon the practice of formal healthcare feedback was. Even the word “feedback” was unfamiliar. This meant that simply developing a technology platform for patients to communicate with healthcare providers wouldn’t be sufficient. We needed to design a program capable of empowering patients to offer feedback and motivating providers to make tangible improvements based on patient comments.

Learning from Past ICT4D Failures

Projects like My Voice, that engage citizens through text messages to improve public services, are now a trending focus for development donors and practitioners. It’s not hard to see why: it’s new, economical, and potentially inclusive of the world’s 3.5 billion+ mobile subscribers, 78 percent of whom are in developing countries. Connecting the people who use public services directly to the people who provide them, via text message, can improve services while establishing powerful new accountability mechanisms.

But sometimes even the best intentioned programs don’t yield the results investors and developers expected. Sometimes citizens aren’t willing to participate, or systems aren’t designed to encourage participation. Sometimes the data collected is not relevant or useful to decision makers. Sometimes these platforms are built as silo operations, failing to integrate across existing real-time data analysis efforts or with national programmatic processes. And all too often, these projects celebrate citizen engagement volume through flashy websites, making scale and replication seem easy.

For these initiatives to work for actors across a service delivery chain for the long haul, citizens need to trust that their inputs will be heard and will make a difference. Decision makers need to trust that feedback has a constructive use and will not threaten their careers or livelihoods. As the program is created, communities and stakeholders need to trust that the design process has listened to them—that the final product will reflect their needs, and will work given all of the contextual realities (like intermittent mobile networks) international consultant teams may overlook.

My Voice introduced an entirely new practice for patients and service providers in rural Nigeria—not only in the technology used to send and receive surveys by SMS, but even more fundamentally in the basic act of providing and using feedback. Keeping that in mind, two core principles drove our approach for this project:

Design is Only as Good as Your Research

We knew the design of My Voice would only ever be as good as our understanding of its users and their environment. This led us to conduct an immersive research process, including in-depth, ethnographic interviewing, service trials, site observation, and embeds with service providers.

For the six-month duration of the project, our team established a temporary office in Wamba town and hired a local research team to help guide each stage of the process. We visited all of the participating health clinics multiple times each week by motorbike. We split time between the State and Federal capital cities, where we worked alongside the policy makers and program managers responsible for the primary health care system. We dealt with the same intermittent cell coverage and slow Internet access Wamba residents do. And we relied on the nearest health clinic for malaria treatment, and the occasional food poisoning incident.

This immersion gave us a clearer, closer view of health infrastructure and processes, and a deeper understanding of the needs, habits, and interests of the people who would use and operate the feedback system. This immersion allowed us to participate in key decision-making meetings, surfacing opportunities for how My Voice real-time data could be included in program improvement discussions. Our research and design process required close collaboration with national health experts, local-level management, and the World Bank team, who also joined us in Wamba for co-design missions throughout.

In Design, the Whole is Greater than the Sum of its Parts

Users don’t exist in a vacuum; we made sure to research and design for much more than the individual user. We studied the context that My Voice would function in, the institutions that would manage and use it, and a slew of political, cultural, situational, and environmental elements that would play a role in the project’s sustainability. As a result, we were able to design not only a technological platform, but an entire program for My Voice to integrate within health clinic and government assessment and decision-making processes.

Over time, we developed relationships with the clinic managers, healthcare workers, local religious leaders, and local government staff. During meals or in their offices, we listened to their inputs and used them to tweak the system, gradually iterating and improving. While initially skeptical, the community ultimately understood that My Voice was for them: built for their interests using their own ideas. For example, they determined what information it would include, when feedback would be received, and what reports would look like. Throughout the process we saw ourselves as idea facilitators rather than generators—weaving together and realizing the ideas of the extended Wamba healthcare community.

In-depth research, living in Wamba, including stakeholders in the shaping of the design, building a program to support the technical design: all of this wasn’t just good design practice. Rather, these intentional investments sent messages to citizens and government alike that we were committed to designing a service that worked for Wamba’s patients, clinic managers, and state-level decision makers. These signals began to establish new lines of trust—a vital step before people would be willing to take part in this new form of communicating and problem-solving. And, while all of that was important for short-term buy-in, we also ensured that My Voice’s open source platform could be used for the long term and could be easily adapted for use in other sectors, a small step towards addressing the fragmented data collection landscape.

All of these micro design decisions began to add up, so that for the first time in Wamba, patients began sharing feedback on their experiences in rural health clinic visits. Patients reported which clinics were closed when they needed emergency care, or when they didn’t understand their diagnosis or cost of treatment. Staff—who at first worried that patient feedback would be harmful—began to welcome and appreciate comments from their patients.

Not only was a new channel for dialogue built through My Voice, but clinics started using the channel to make incremental improvements to health care, based on what patients were saying. And for the first time, service providers responded to patient comments by clarifying their payment processes, checking on staff more frequently, and keeping facilities open during nights and weekends. At Reboot, we believe that this change is pretty significant, and that it is only possible because the design was built with the people using it and in the institutional ecosystem where it would function.

We’re now working with the World Bank and the Nigerian government to see how My Voice can be adapted for more states, applied to other sectors, or further harmonized with existing data platforms. Together, we’re exploring how to scale the trust and sense of ownership we worked so hard with the Wamba community to build. 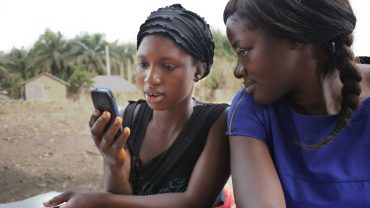 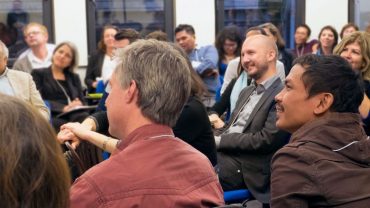 Co-Creating with Civil Society: A Glimpse into the Process 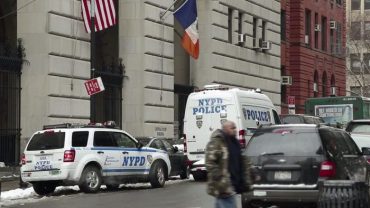 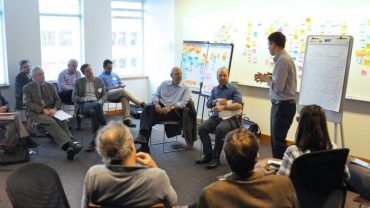