Last week, we explored how policymakers can channel empathy in policymaking, using as an example our work with UNICEF to identify the diverse needs and challenges of children in Nicaragua’s North Atlantic Autonomous Region (RAAN). Our community-based approach highlighted success stories of people designing programs to fit their own needs. Today we’ll go to Puerto Cabezas, RAAN’s capital, to see how local programming has stepped in to provide unique opportunities for the region’s children.

School is out for the afternoon, and boys across Puerto Cabezas are drawn to the ball fields. Some biking and others even running, they are rushing to get to practice on time.

These are the boys of the Puerto Cabezas Baseball Academy.

Dr. Wilfredo Cunningham Kain first funded the Academy to encourage his young son’s love of baseball. Over the years, the Academy has evolved into an after-school and weekend program that supports more than 400 boys on the road to manhood.

Some dream of growing up to play in the U.S., while others play for pure love of the game. For many, baseball provides a much-needed diversion in a place with few extracurricular opportunities for youth.

A program like this is greatly needed in Puerto Cabezas. Young people often receive little support at home and see few options for their futures. They lose interest in school and, in a place lacking healthy, organized activities, many boys turn to gangs, drugs, and alcohol for solace.

There are few systems to catch these boys as they begin to withdraw.

The Academy serves as both a safety net and a springboard. Each coach assumes a somewhat overburdened mentor role overseeing about 100 boys. The program funds all expenses to prioritize inclusivity regardless of financial background.

And there are rules: the boys have to arrive on time with clean uniforms. They have to keep up their studies by going to class. And they have to get at least one adult family member involved in the program.

This last requirement is the least followed. It’s hard—not a lot of kids have parents who can spend the time. But baseball is a great forum to build relationships. Dads find a sense of pride watching their sons slide into home or throw a winning pitch.

The program actively seeks to place players in the Nicaraguan national team and minor league teams abroad. Although the program is only six years old, its team of 11-13 year-olds has held the national youth championship for the past five years—a national record.

But Dr. Cunningham Kain isn’t shooting to field the country’s next all-star team. He has greater plans. He envisions a formal baseball academy that produces not just players with top skills but, more importantly, young men with strong values.

The academy is the ideal place to teach discipline and values that stick. These values are tied to an activity the kids truly care about, fostering personal investment in baseball and studies. It matters to the kids if they have to do their warm-up run alone because they’ve arrived late. It matters if they can’t play because they haven’t been going to class.

While the program has not been formally evaluated, its growth, and the players’ dedication to keeping up their end of the bargain, speaks for itself.

Dr. Cunningham Kain tells the success story of a boy who had been withdrawing from school. He was getting heavily involved with gangs. He seemed to be out of control, beyond help. But this boy started participating in the program and discovered an innate talent for the game. Over time, and with the support of coaches and teammates, his confidence and self-esteem grew. He re-engaged in school, dedicated himself to practice, and eventually became the program’s star pitcher, playing at the national level.

The Academy’s programming is inherently adaptive, changing to fit needs and make the most of available resources. Driven by passion for its mission, this organic growth has been one of the program’s strongest attributes. The program has not succumbed to over-regulation, which would curtail the flexibility that has enabled it to support children through difficult family situations, trouble with gangs, and other obstacles.

Dr. Cunningham Kain contributes personal funds to the program, but he is actively seeking external funding to expand the program and hire a team social worker, a child psychologist, and more coaches trained in nurturing boys’ athleticism and character.

There is significant potential to increase the program’s impact, but until it receives more funding, it will continue to run largely on heart.

Above photo: The Puerto Cabezas Baseball Academy is a homegrown program that teaches responsibility and social values while giving boys the opportunity to play the game they love. 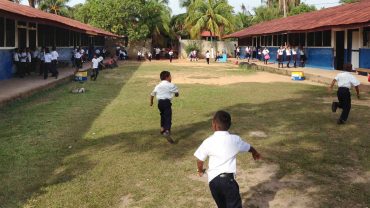 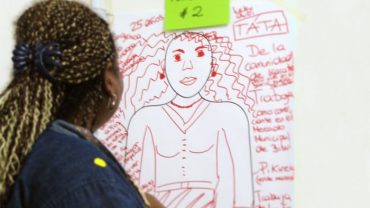 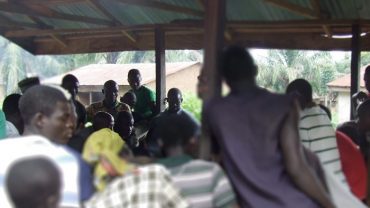 Toward Political Intelligence in Aid 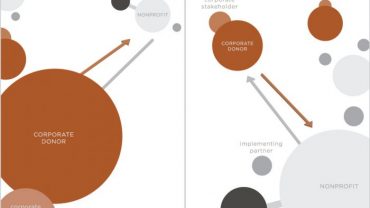