Sharif loves using his mukhabera. “I use it daily, mostly at night time, because signals are clear at that time,” he says. “I am in touch with most of my friends this way.”

Mukhabera means walkie-talkie in Pashto. For Sharif, this tool is what a mobile phone might be to other young men around the world: a cheap, reliable way to keep in touch with friends and family, so long as they are within an 18-mile range. Every week, he spends about 100 rupees, just over one U.S. dollar, on batteries. In the evenings, his group of friends all tune in to “hang out” on the same frequency.

Sharif likes to stay connected, and not only for fun. His life depends on it. Sharif, 28 years old and unemployed, lives in Datta Khel, a town located on the border with Afghanistan in Pakistan’s Federally Administered Tribal Areas (FATA).

FATA is one of the most underdeveloped regions of Pakistan. Decades of crisis, underpinned by poor governance and regional conflict, has kept the region in a perpetual state of instability, poverty, and isolation. Sixty-six percent of FATA’s residents live below the poverty line. Unemployment is estimated at 60 to 80 percent.

“Everyone in my village is schizophrenic,” says Zahir, a 24-year-old man from North Waziristan. “You hear screams in the middle of the night from people having bad dreams about the drones. Everyone is always angry or suspicious of everyone else.”

In the face of enduring insecurity, FATA’s residents use mukhabera as lifelines for gathering and sharing information about the threats around them. When they learn of a drone strike or other attack nearby, they immediately contact friends in search of anyone with first-hand knowledge of what happened. Often they speak in code.

“I hear today’s match was thrilling,” one person might say, implying that clashes in the area were intense. “Did the players hit any balls into the crowd?” someone on the other end of the line will ask, which means did mortars or rockets hit houses in the village.

The downside to mukhabera, essentially a two-way radio, is that FATA’s residents never know who else is listening. Talking in code helps evade informers for militant groups who might be on the same radio frequency.

Residents regularly discuss and analyze the information they gather with those closest to them, fact-checking for veracity. They often only trust friends and family. Other credible sources are in short supply.

Across FATA, residents face severe constraints accessing reliable information on the issues and events that most affect their lives. At less than 5 percent, internet connectivity is far from widespread. While 64 percent residents have access to a mobile phone, signals are intermittent at best. Satellite dishes remain a luxury that is out of reach for many, given that FATA’s $250 annual per capita income is half the national average.

The media that penetrates the region most widely, namely Radio Pakistan and Pakistan Television, are state-owned and heavily censored, focusing overwhelmingly on conflict reporting. A 2012 study found that over half of the journalists surveyed in FATA admitted that 75 percent or more of their stories are about terrorism or conflict.

“All the time, we have to select [news] topics which have the potential to be linked with terrorism,” explains Farooq, a radio producer in North Waziristan. “For example, the simple and general problem of inflation can be linked with the economic depression and destruction caused by terrorism.”

While the conflict narrative in FATA’s news media is a reflection of its people’s most pressing concerns, reporting often lacks relevance to their daily lives. News stories tend to cover incidents rather than patterns and challenges rather than solutions, offering little in the way of useful knowledge for personal security or community development.

In the absence of alternatives, FATA’s residents turn to each other, relying on the breadth of their social networks to secure the information they need to navigate an environment of ongoing existential threats and longstanding underdevelopment.

This communal nature of information-gathering can be limiting. Information passed from person to person introduces error and bias, keeping residents even further from reliable sources. But the premium placed on finding eyewitness accounts and credible media is also empowering a subtle shift in the social fabric of FATA.

Traditionally influential sources of information, such as tribal elders and religious leaders, are increasingly unable to answer for their communities’ most pressing challenges––militant activity, drone strikes, and persistent poverty. In some cases, they are even distrusted. Many feel the rise of mullahs in politics over the last 15 years has undermined their authority as trusted spiritual leaders, making them one less source of credible information and one more source of possible misinformation.

Abdul, a researcher in North Waziristan, claims, “[P]eople have realized that they are being used by the mullahs and other religious leaders… People have become mature now and they know that they have been used in the name of Islam.”

Disappointment with traditional leaders is, however, matched with a rise in the social status of those with access to information from a variety of sources.

Barbers, for example, are seen as well-informed about local news because they converse with a wide range of people daily. Despite the mobility constraints in many parts of the region, all men—rich and poor, educated and uneducated—still go to the barbershop. Sultan, a barber in Khyber, thinks of himself as “a computer where people feed and receive information.”

Similarly, diaspora populations are increasingly important providers of information to FATA’s residents. Living outside of the region, migrants often learn about local events before their families and call home when they do. In the past, when his phone rang at 4 a.m., Atif from Orakzai would think, “What has happened to someone that I love?” Now he worries, “What might be happening to me?”

As technology increasingly––albeit slowly––penetrates the region and opens new channels for information access, the influence of the literate and technology-savvy is also growing among FATA’s communities. Young people, especially those with higher education, are the strongest example of a demographic becoming the “eyes and ears” of their communities as a result.

In decades past, “youth were not allowed to sit on chairs or charpoys [traditional bed] in front of the elders even,” explains Subidah, a teacher in neighboring Khyber Pakhtunkhwa, “but now the technology is changing this whole social structure.”

The nature of the shifts occurring in FATA today points to a potentially more encouraging future where access to information both within and about the region is more widely available. Despite the U.S. government’s “targeted killings” of militants narrative, many ordinary people in FATA live in fear that they could be caught in the crossfire of the conflict engulfing the region. A more nuanced picture of FATA’s residents can inform an honest accounting of the policies that affect their lives. 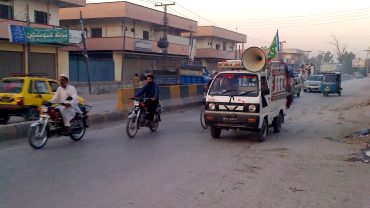 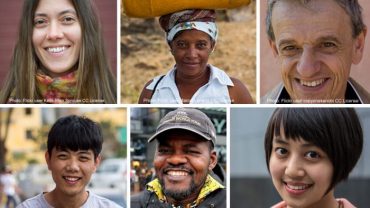 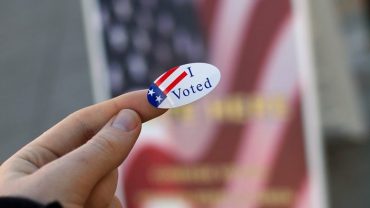 For Innovative Legislation on the Front End, States Need Reliable People and Processes on the Backend 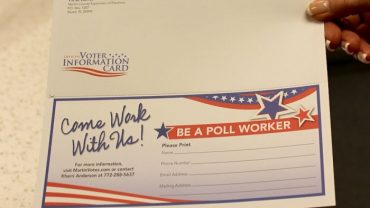 In the Land of Snowbirds, Reaching Out to the Youngest Voters