In Vermont, March is the season for sugaring—it is when the days are warm and nights are cold that the maple sap starts flowing. In addition to sampling one of state’s better-known food products, our research team got a taste of some pure democracy last week, straight from the tap of “town meeting.”

Only seven states administer elections at the town level, and Vermont is one of them. The other 43 states administer by county. Town meeting—which takes the form of representative democracy in Brattleboro, Vermont—is when local officials are elected, annual budgets are approved, and other affairs are settled. We spent this past week with Brattleboro Town Clerk Annette Cappy, and her small but mighty team in the Clerk’s Office, learning how this approach structures local decision-making. 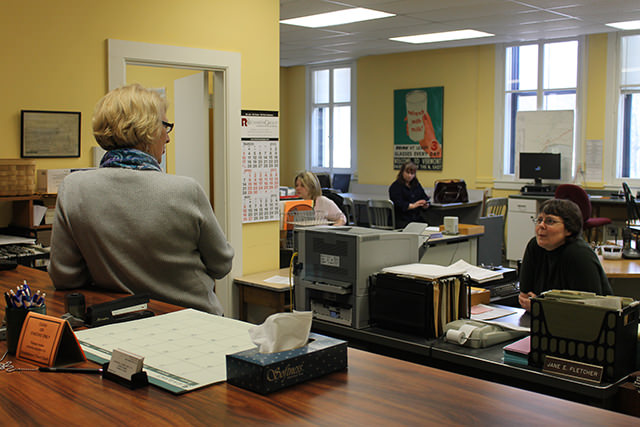 Town Clerk Annette Cappy, left, and her staff in the Brattleboro Clerk’s office.

Brattleboro is unique among Vermont’s towns for holding Representative Town Meeting on the third Saturday of March. Unlike Vermont’s other town meetings, which are an exercise in direct democracy, Brattleboro elects about 140 “town meeting members” as representatives. They vote on the town budget, school budget, and articles of consideration.

Prior to the 1960s, all of Brattleboro’s residents could attend and vote at town meeting. When the number of attendees began to exceed the available space for holding meetings, the town opted for a representative model. Any resident can still express an opinion at the meeting, but only town meeting members can vote.

In order to become a town meeting member, all one needs is 10 signatures on a petition and confirmation that s/he is registered to vote. Select board members—a central organizing group with an additional layer of responsibility—must secure 30 signatures to be elected. The meeting is facilitated by an elected “town moderator”—an individual who must possess an uncommon patience and sense of fairness in deliberation—who executes the guidelines of the town charter.

In recent years, growing income diversity in Brattleboro has contributed to a greater variety of opinions and perspectives among town meeting members. The result is a more prolonged democratic decision-making process.

According to residents, this year’s meeting was the most contentious in recent memory. From 8:30am to 10:30pm, members debated an increase in the school budget and the future of a prominent downtown building, among other issues. And as one resident observed, “you have to be there to know what it’s like, you really do.”

Still, residents are proud of their town meeting process, which they described as the purest form of democracy. Many we spoke with preferred the deliberative nature of town meeting to the “Australian Ballot,” also known as secret ballot, where all voters mark their choices on paper in privacy.

Although Clerk Cappy reminded us that Vermont’s one electoral college vote will never qualify it for swing-state status in the United States; the residents still want their say in global affairs. One of the more famous recent advisory articles in the town, put forward by a local citizen, aimed to indict Former President George W. Bush and Former Vice President Dick Cheney for war crimes, should they ever set foot in Brattleboro.

Despite this history of civic deliberation, Brattleboro is facing a recent challenge of motivating residents to run for town meeting member. In the past, the position bore a sought-after status.

Some cited apathy as the reason for this diminished willingness to participate. A gentleman who has had a long history of public service in the town postulated that “the essence of democracy is about compromise; but Americans, we love a winner, so it’s hard to get impassioned about something when you have to make large sacrifices.”

A young town meeting member offered a different perspective, suggesting that voters did not have enough information about the candidates or the issues in advance of the election to translate why the act of voting should be meaningful to them. 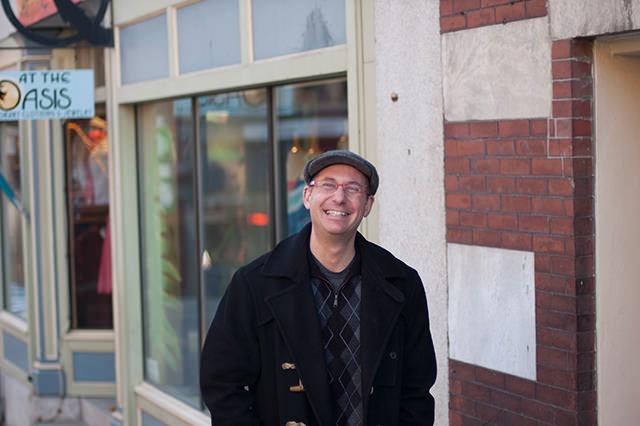 Long-time Select Board member Ken Schneck, who has been at the forefront of Brattleboro’s
voter outreach and election modernization efforts.

This week raised an interesting question in our ongoing exploration of the future of American elections: what does it mean for our civic future if even the most carefully cultivated of democratic processes, built upon strong bonds between neighbors, struggles for fresh inputs?

Deliberative democracy is arguably more robust in this small corner of Vermont than in the cosmopolitan areas of the nation that receive the most media coverage. But are they not both subject to the necessity of engaging the newest members of our polity to participate as civic actors?

For this challenge, our nation’s towns and counties alike may need to ask new questions about how to reach younger residents, on whom they will by necessity rely to keep activities like town meeting thriving into the next era of our democracy.

Up this week: Austin, Texas!

We are looking forward to spending some time with the Travis County elections team, moving from a small blue state to a big red one.  Tweet @theReboot with any good barbecue or music recommendations! 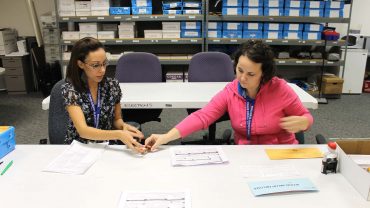 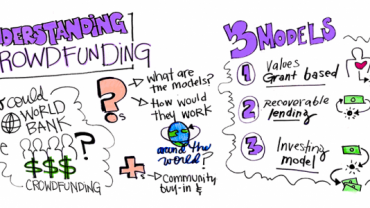 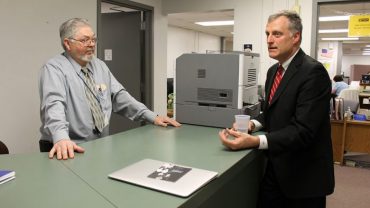 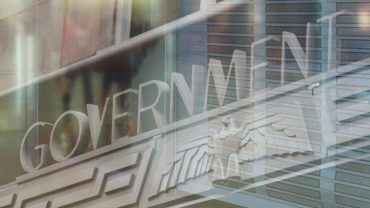