City 2.0: A Call for Inclusivity

This is a modified version of a talk from TEDxDumbo, where the theme was City 2.0.

For the first time in human history, over half of the world’s population are urban animals. By 2050, the United Nations projects that the portion of our planet residing in urban areas could rise to 70 percent. We live in a world in which urban problems will become, almost by definition, national and international problems. Cities are the workshops in which many of the world’s most intractable challenges—from poverty alleviation to environmental sustainability—will be solved.

Here at Reboot, we are deeply interested in improving our urban environments. Specifically, we want to improve the interactions people have with the institutions that serve them, and in the process, improve the lived experience. The notion of City 2.0—the idea that we have at our disposal the technologies, relationships, and human capacity to make cities better for everyone—is immensely exciting for us. City 2.0 represents opportunity.

But recently, we were reminded of just how vastly different the lived experience could be for residents even of the same city.

Fatou, not her real name, is a bright young woman from Benin. Several years ago, an American preacher on mission in Benin offered to adopt Fatou and take her to America. She and her family were overjoyed: maybe she would become a doctor, and would be able to send for the family in the future. Fatou moved in with the preacher and his wife in Queens, and they insisted she call them “mother” and “father.” Fatou was pleased about this; she felt special, taken care of. They started her on English lessons to help her adjust to her adopted homeland and to allow her to enroll in school, a longtime dream for Fatou. But even from the outset, some things seemed strange to her.

For the first few months, “to keep her safe,” her mother always held her by the wrist whenever they left the house. Her belongings were regularly searched for any outside material, and, when found, were promptly thrown away. Once her English was good enough, she began working long hours at a school the family operated. She was never enrolled in school herself, as had been promised, and when she inquired about her education, her new parents told her she was being ungrateful. The preacher, her adopted father, started doing “bad things” to her, acts she still struggles to talk about.

Fatou’s passport was taken from her “for safekeeping.” Once her visa expired, her adopted family refused to apply for another, thus entrapping Fatou, now an undocumented person. Although Fatou called her adopted caretakers “mother” and “father,” and attended church with them every Sunday, she also worked punishingly long hours every day, first at their school, then at home, when the preacher wanted her alone. The signs were clear: she was a victim of human trafficking.

In the year 2012, in the city of New York, stories like this are all too tragically common. Which begs the question: what does City 2.0 mean to someone trapped in the equivalent of modern-day slavery?

When we think of City 2.0, many of us think improved services, technological innovation, and Smart Cities. There are indeed many new tools that comprise the new cityscape and help us in our day-to-day lives.

These tools, however, did not help Fatou in hers; in fact, they often made life more difficult for her.

Services like HopStop or Google Maps help us plan our commutes and make sure we arrive at meetings on time. Fatou’s traffickers used these tools for another purpose: to make sure Fatou was home from work at exactly the time she was supposed to be. Rather than enabling, these services confined Fatou and helped keep her captive.

Advancements in technology have accustomed us to cheap communication around the world, allowing us to connect with loved ones more easily and frequently than ever before. For Fatou, the ease of communication was stressful, as her family in Benin wondered why she was always so reluctant to call them. The truth was that Fatou was ashamed, and she knew her family would be beside themselves if they knew what had happened to their daughter. Despite the ease of connection in the modern day, she wanted instead to disconnect.

And while many of us work to streamline the connections in civic service delivery—standardizing data formats, making sure they are accessible across platforms and government agencies—the thought of linked and trackable data was terrifying to Fatou. Every interaction with a formal institution was seen as a booby trap. As an undocumented person, Fatou was terrified that one look at her papers—any of her papers—would mean it was all over. Whether it was not seeing a doctor when she got sick, or crossing the street when she saw a police officer, Fatou was constantly trying to escape from connected institutional service systems.

I got to know Fatou, and many others like her, through work Reboot recently did with Safe Horizon, an amazing victims’ assistance agency here in NYC.

We are making leaps and bounds in urban planning, sustainable development, and civic technology, but by which metrics are we judging our own progress? What does City 2.0 mean when the fundamental security, freedom, and dignity of the most vulnerable amongst us cannot be secured? When we work to empower people to exercise the change they want—the aim of City 2.0—let us remember who we are leaving out.

We have made great strides in data-driven urban planning, but as we imagine and build our way to smarter futures, we must remember that many still live “off the grid.” In the era of Big Data, many still aren’t captured as datapoints. For all that we’ve accomplished through groundbreaking open government initiatives, most still have a barrier to participation that is not insignificant.

Thus, we must be imaginative and proactive in engaging with those who are not represented in the City 2.0 ideas du jour.

As humans, we are biased toward looking for information in places where information is quick to find and easy to work with—these days, that largely means digital and online. But the next time you’re looking at a dataset, beyond looking at the demographics that are represented, look for the gaps—the ethnicities, the age groups, the neighbourhoods, and the income levels that do not appear. Ask yourself: what, or who, might exist in the negative space?

Once you know what data or populations you are missing, find ways to get this information. To meaningfully help victims of human trafficking, for example, consider going to community organizations that have a history of serving these populations. In the digital age, however, be forewarned that much of their data may not be machine-readable. You may need to pick up the phone or go to their office. While maybe not the most efficient means, the efforts will pay off in rich, useful insights about populations that must be considered as we build our future.

A lot of our work at Reboot involves ethnographic research—we listen to the stories of people who often do not get to tell their stories. Ethnography means literally “a portrait of people.” By talking to thousands of people worldwide whose lived experiences are so different from our own, we have learned to recognize our own flawed assumptions, and we try to paint deeper, more accurate portraits of people and their needs. We then take these portraits to policymakers who can act to improve their situations, or use them to design new services to help oft-overlooked people get what they need.

Our ethnographic work has taught us to see the gaps in today’s data-driven portraits of people and place, and to advocate for a more balanced approach to understanding each other and to build our collective future.

As we work together to build the cities of the future, let us remember the most vulnerable amongst us. Let us recognize our own blind-spots and work to address them, so that we build future cityscapes that are inclusive and empathetic. Through intentional, thoughtful, inclusive design, we can define the values that guide our cities and represent us as a people.

This is our vision for City 2.0, and we hope you’ll work with us to make it yours as well. 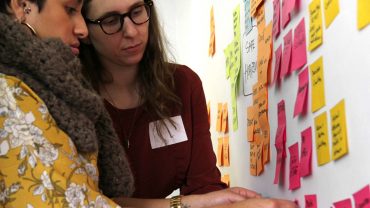 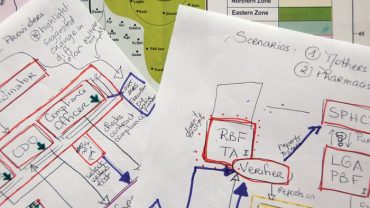 Toward a 21st Century Social Contract 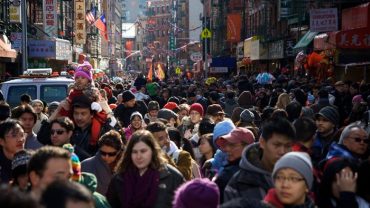 Portrait of our Times: Women, Technology, and Inclusivity in the City 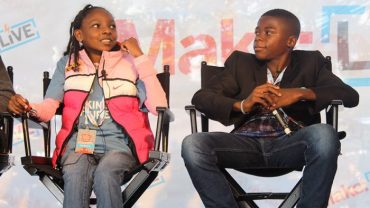 “If You Break It, You Fix It” and Other Creeds of the Young Makers Among Us