A Call For Visionaries

Everyone who works to improve social conditions – from a UN official in Geneva, to an aid worker in Pakistan, to the mayor of Pittsburgh – is desperate for solutions. But a lack of solutions should not be confused with a lack of effort. While multi-billion dollar expenditures, high-profile conferences, and bold promises continue to increase every year, poverty, illness, and illiteracy continue to choke the dreams of people and societies around the globe.

I work and meet with folks every day who are on the front lines of the battle against these wicked problems. We see the sobering reality that throwing money and pledges at complex problems will not work. We see the need for institutions to better understand the people they are trying to serve. We see the need to radically rethink the design of policies, programs, and investments.

In short, we see the need for change.

What I realize more and more each day is that there is a critical mass of individuals in this generation – and beyond, for that matter – who are ready to get to work.

A few months ago, while in Washington, DC, I caught up with friends from my prior life in policy. Right away, it was clear that things had changed since the time when we were young idealists storming the Capitol, ready to change the world.

Everyone I talked to was still an idealist. But they were tired – not of the grueling hours but of the seemingly aimless efforts that filled their days. “After the next election, I’m gone,” one Administration staffer told me. “I need to find meaning in my work.”

Over the years, we have come to expect these comments from the political class. But if you talk to enough people, you will see that the sentiment runs deeply through far more areas of American life.

Take the countless designers I meet, many of whom are at the top of their class in leading companies and the industry at large. They have great studios in which to hone their craft, and great salaries with which to find new crafts altogether, so I ask them, “What’s missing?” A young interaction designer, who had recently enrolled in a Design Management program at Pratt after spending a few years in the private sector, gave me the clearest answer: “Look at all the problems we face as a society. Why should I spend my life trying to find better ways to sell more stuff?”

His sentiment underscores the fact that the restlessness of our generation does not exist, as some posit, because we reject traditional notions of authority. Instead, it exists because we reject traditional notions of security. We entered young-adulthood to the sight of the worst terrorist attack in American history. We groped towards career decisions during the worst economic downturn since the Great Depression. We have a real sense of the fragility of our society, and of the gravity of the challenges we will face in our lifetime. We are restless because everywhere we turn, we see people making empty speeches and fancy widgets while the future – our future – is literally at stake.

I’m inspired by the folks who are ready to imagine the world as it should be, not just settle for the world as it is – the social entrepreneurs, the restless designers and the policy wonks, the business strategists who have sized their final market, the idealists everywhere.

I’m driven by the knowledge that you are out there in organizations all over the world, trying to find a partner, make a difference, or build a movement. I’m convinced that there’s no better time than now to stand up and stand out – to play the role, as Whitman said, “that is what we make it, as great as we like, or as small as we like, or both great and small.”

It is now up to us to, in the words of Steve Jobs, stop selling sugar water and actually create something of lasting value while we still have time. It is up to us to be visionaries. 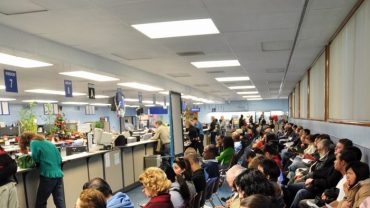 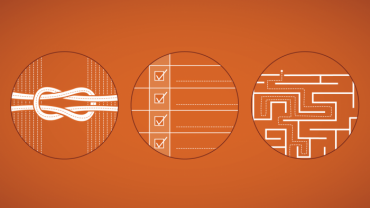 The Messy Art of Saving the World: Three Things Every Designer Should Know About International Development 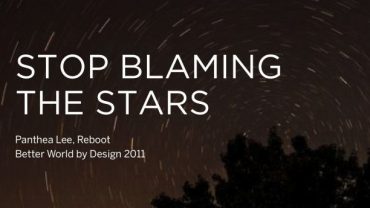 Stop Blaming the Stars: The Role of Design in Disaster