Beyond the Headlines: Mobile Money Afghanistan

“So then I gave up my daughter to pay off my debt.” My pen stopped.

We were in Mazar-e Sharif, a city in northern Afghanistan. The woman in front of me, a poor mother of six, was describing how debilitating debt — to the tune of AFN 140,000, or USD 3,100 — had driven her to give her eldest daughter to the family’s creditor.

Her voice did not quiver, her eyes did not water. It was a thing of the past, a fact of life, something that had to be done. And this mother’s story, while unique in particulars, was common in thrust. Indeed, over the course of three weeks in Afghanistan, time and time again I was told: in times of great hardship, sacrifice is inevitable and exceptional circumstances are the norm.

Such tales of ‘life, going on’ are documented in the recently released Mobile Money Afghanistan. This report was born of a study conducted in August 2010, when Jan Chipchase and I traveled through Afghanistan to study the use of mobile money. Local mobile operator Roshan had launched a mobile banking service, M-Paisa, in 2008. Though the young service had been put to creative uses, including fighting corruption within the the Afghan National Police, mass market success was still unsettled. Thus, Jan and I were there, with the generous support of the Institute of Money, Technology, and Financial Inclusion, to explore the opportunities and challenges that lay ahead. And, as services are inextricably tied to the people and environments in which they exist, naturally, we spent as much time getting to know people as we did the products meant to serve them.

The ordinary Afghans featured in the publication are the people many international groups are working for but — due to constraints security-related or otherwise — are unable to access. Those we met revealed their strategies for managing life in times of chaos and their techniques for navigating systems permeated by graft. They described how they bend systems to their will in order to survive, and even flourish. They shared their hopes for themselves, their children, and their nation. And they showed us how, against the odds, in ways small and large, they are working to realize their ambitions.

As for the role of mobile money? Unsurprisingly, mobile technology has the potential to support Afghan aspirations, but significant challenges must be overcome before that potential is realized. Key hurdles common to mobile banking deployments globally include a lack of market awareness, motivating and managing agent performance, and limited customer motivation to adopt the services. Indeed, on the consumer side, a general wariness of institutions coupled with popular preference for the long-established hawala system — “they’ve served me, my father, and my grandfather” — point to the hurdles mobile banking faces in winning over converts.

Other challenges unique to Afghanistan include the absence of a fixed address system. A shopkeeper in Mazar described how he once walked for two hours to find an agent willing to cash out his mobile money transfer. The experience left him wary of mobile banking, and he swore to never place the same burden on a friend. The solution? “Now, I only use Kabul Bank—no matter where you are, everyone knows how to get to the closest one.” Addressing challenges around maintaining agent liquidity, he adds, “And there is never a problem withdrawing cash from the bank—they always have it when I ask for it.” (Granted, this was before the run on Kabul Bank last September.) Textual, financial, and technological illiteracy—mistrust of ‘electronifying cash’ is not uncommon—only add to the barriers.

Despite these challenges, great opportunities remain. To the extent that banking penetration in Afghanistan remains low while mobile penetration is rapidly growing, mobile money represents paths to access, stability, liberation, and power.

Afghanistan’s youth already recognize, and have seized upon, technology’s potential. Mobile in particular factors heavily not just in their daily lives, but in their broader understanding of social empowerment. Female university students in Kabul described how they participated in mass SMS debates on politics and governance. A young man in Jalalabad told us how he and his friends spend much of their day ‘hanging out’ in group conference calls lasting hours on end — gender dynamics in these chat rooms, suffice to say, were fascinating. A young woman in Mazar declared that by facilitating direct, private male-female communication, mobile phones are the biggest driver of love marriages (versus traditional arranged marriages) in Afghanistan.

These signs suggest that mobile platforms are increasingly a part of everyday social transactions. To what extent mobile money will emerge as a force within these transactions ultimately remains to be seen.

The Afghanistan of the news is not the Afghanistan its people live—no place is. Hopefully, Mobile Money Afghanistan, and the accompanying public materials, provide greater insight into a country many only know from tragic, frustrating headlines.

Thank you to all those who helped us along the way. Our team in Afghanistan: Enayat Najafizada, Airokosh Faizi, Mokhtar Hajji, Hamid Tasal, and Farida Rustamkh. Bill Maurer and Jenny Fan at IMTFI for all their support and guidance. Sam Martin and Tom Manning at frog design for all their help with the publication. Shainoor Khoja, Zahir Khoja, and Evan Decorte at Roshan for making time for us, and for their insights. Grateful, as ever, to Jan Chipchase for his vision and direction on another fine study. And, of course, thank you to all those in Afghanistan that let us into their lives. 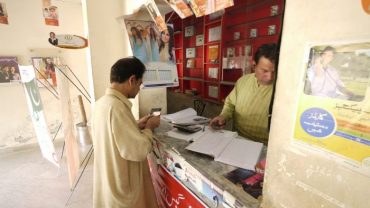 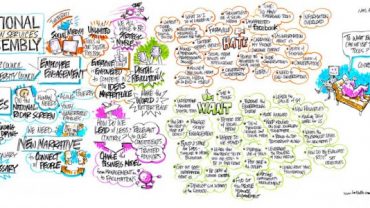 New Media for Your Mission, Not Your Message 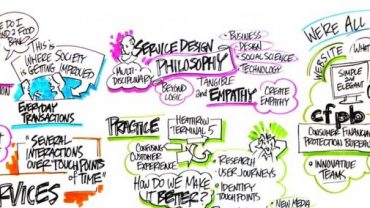 What is Service Design?