In a region not known for an exceptionally robust press, Egypt can claim one of the more diverse and independent media ecosystems in the Arab world. In print and via broadcast, citizens can choose from a range of perspectives and outlets. Online, a growing movement of bloggers and commentators led Harvard’s Berkman Centre to, in 2009, name Egypt the most active online journalist community in the Middle East.

With few other legitimate channels for political participation, the independent media in Egypt have often served as de facto opposition parties. The robust media are made possible by an active customer base and ready human capital. Egypt’s middle class, while relatively poor, is sizable, well-educated, and increasingly hungry for political information. It is also from these ranks that a large proportion of Egyptian journalists are drawn. In a society where middle- and lower-class citizens were routinely harassed by security forces, the power of a press card reading “Please make it easier for the holder of this card to do his job”—a cheeky circumlocution—has long been seen as an upwardly mobile force.

The recent revolution has vaulted the media into atmospheric prominence. Egyptians now compulsively consume the media for clues to what their future will hold. Many are desperate to stay abreast of the rapidly changing political developments so as to better participate in the national transformation process. “Previously, no one cared about politics; now, we all follow every word,” was a common refrain. Popular television sitcoms and dramas have been replaced by political programming. Independent newspapers are growing in audience every day. Correspondingly, regime-controlled media are quickly drying up as Egyptians reach for outlets they can trust.

Cognizant of the role of the media—past, present, and future—in Egypt’s democratic transformation, we pursued key media figures and institutions in our study. Likewise, we probed attitudes and behaviours around media with nearly all respondents. Extremely informative was the day we spent at Al-Dustour, one of the leading independent newspapers which has gathered a robust following on the strength of its reporting against government corruption.

Conversations with Al-Dustour’s journalists, editors, and management revealed an institution that is actively seeking to cement its role as a positive facilitator to the national dialogue. Journalists of all ranks expressed strong interest in developing new editorial models that move beyond cataloguing the failures of the past and onto constructing an achievable vision of the future.

One editor in particular was excited by the prescriptive model offered by his section, ‘Post Box’. The section’s colloquial title, ‘The Complaints Page’ paints a clearer picture of its purpose. Once a week, it documents the challenges, both quotidian and structural, faced by ordinary citizens as they navigate a broken governance system. From critical but out-of-reach medication to trash that is never collected, these citizen grievances reflect the challenges of everyday life in Egypt. Complainants can submit their issues via print, email, or old-fashioned office visits.

Al-Dustour then documents and publishes those it believes are most compelling or widely applicable. The editors also determine which government ministry is responsible for the particular issue and publish a photo of its minister alongside the complaint. Ministers then have the opportunity to address or resolve citizens’ issues, and have their actions recognized in a later Post Box. Whether driven by a sense of responsibility or a concern for their public image, many government officials work to resolve issues publicly addressed to them.

Al-Dustour believes providing a feedback channel to government—however indirect it may have be—is what has made Post Box so popular. Such organic ‘hacks’ to the political system demonstrate the lengths to which Egyptians previously had to go in order to exert influence over governance structures. The feature’s success and the overall vision of the Al-Dustour team offers a model for the Egyptian media’s role in the nation’s long-term political transformation.

Of course, Al-Dustour represents only one outlet in a rapidly expanding media landscape. As a new sense of openness settles upon Egyptian society, we can expect to see a blossoming of homegrown platforms for discourse. The Muslim Brotherhood has already announced a new television channel and every week sees the launch of new citizen-driven websites eager to provide an online meeting place for civic debate.

Likewise, internet and satellite connections continue to broadcast and build audiences for foreign news entities. Several international media outlets have gained prominence in Egypt from their coverage during the revolution. The BBC was repeatedly cited as one of the most fair international broadcasters. Numerous respondents from diverse backgrounds turned to it for insights into how the global audience was interpreting events in Egypt.

The role of Al Jazeera has also been heavily stressed in Western outlets. Without a doubt, the Qatari network produced reporting that was was highly visible in Egypt during the revolution. Its coverage of events was a powerful tool for some Western-oriented organizers who saw it is a willing, even eager accomplice in their efforts to win the global public relations campaign. However many Egyptians, including those actively demonstrating, felt that Al Jazeera was not sympathetic to their perspective. They saw the network as an agent of foreign interests, altering its coverage to support a predetermined narrative. There is certainly an element of national pride in this view, but its repeated assertion should give the international community pause in considering the network a universal friend to the mythic ‘Arab street’.

This explosion of voices and perspectives in Egypt is undoubtedly a positive force. The public desires, and the established media industry is willing to provide, a balancing information force in the governance transition now underway. Yet it remains unclear to what extent the numerous and divergent channels will contribute value to a national dialogue. Many are likely to just add noise. The challenge faced by media policymakers in Egypt is a sharpened version of one that societies are facing all over the world. In the age of new media, how can a country develop an inclusive, constructive discourse on national issues? What are the mechanisms to differentiate sophisticated political ideas from well-intended but ultimately amateur voices? These questions have eluded many of the brightest minds in media policy the world over. Yet the Egyptian media is now tackling them head-on, with the added complexity of a revolutionary operating environment.

To succeed in their role as host to an important national dialogue, Egyptian media require significant support. New business and publishing models, which take time and resources to establish, are necessary. To strengthen the quality and ambition of their accountability-making journalism, respected, credible outlets such as Al-Dustour need help building organizational capacity. As their editor told us, only half in jest, “Having the organizational charts of [the major Western newspapers], with corresponding job descriptions, would be immensely valuable.”

Likewise, as credible voices from grassroots and amateur outlets continue to emerge, they will need support to better take part in the national dialogue. Well developed publishing platforms editorial models will help package and disseminate their voices. Both professional and amateur journalists lack knowledge of investigative methods and reporting technologies, a product of the previous media environment. Training and knowledge transfer in these areas will be critical to their growth.

Collectively, these policies and investments will contribute to a sustainable, diverse, independent media landscape. International institutions with the knowledge and resources to support these needs have the opportunity to make powerful investments in the Egyptian fourth estate in a period critical to the region’s history. A viable democratic media will give the Egyptian people a necessary platform for addressing the political, social and cultural challenges ahead. 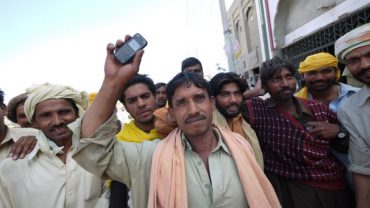 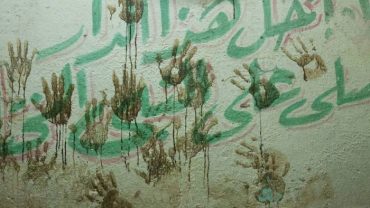 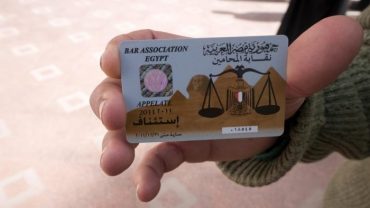