The role of the internet, social media, mobile phones, and other connection technologies in the Egyptian revolution is a trendy topic. For many who have long argued that these tools will help topple autocratic nation-states, recent events in Egypt seemed to offer long-awaited corroboration. To those less certain of the structural importance of such tools, it was easy to cry foul of the media’s role in hyping the techno-utopian storyline.

Both arguments carry weight. Technological tools are indeed being used by those pursuing more participatory governance in Egypt. And many have used them to great impact, perhaps most famously the April 6 Youth Movement and Wael Ghonim, the Google executive who was one of the creators of the ‘We Are All Khaled Said’ Facebook group and accompanying YouTube campaign. Both have been much touted in Western media for galvanizing and connecting a new generation of Egyptian activists. Yet it is also true that technology was only marginally, if at all, used by several factions critical to the revolution. Even mobile phones, while near ubiquitous, were little used in campaigns by the labour movement and the judiciary.

Acknowledging this complex reality, it was critical that we did not focus our research on the use of technology. Doing so would have been unwise: media narratives around technology’s role in the revolution have penetrated deeply into all strata of Egyptian society, colouring participant responses. Thus, we explored technology largely by examining quotidian usage. Questions around everyday information flows and communications patterns led to more natural — and thus, we believe, more accurate — responses about technology, its uses, and its broader social role. The resulting conversations were illuminating, and often surprising.

So what did we find? Unsurprisingly, social networking is a prominent force in certain layers of Egyptian society. It is a common source for news and information for those under 35, middle-class and above, who use it to stay abreast of latest topics of discussion among their social network. Facebook is by far the most popular platform, outstripping Twitter which is confined to a relatively small collection of internationally-oriented users. Indeed, many Facebook users see the site as more of a publishing platform than a space for online socializing. These groups are using Facebook to create fully formed publishing cycles and advocacy campaigns, with limited to no use of external websites. This is an interesting example where efficiency over complexity is leading users to leapfrog the traditional technology adoption cycle.

Perhaps the most interesting application of new media we encountered was this use of Facebook as an advocacy and press management tool by certain opposition groups. One leading organizer with the Democratic Front Party described how they turned to Facebook as a spin machine whenever the government provided an opportunity: “When the security forces broke in our front door on January 26, we immediately put up a Facebook group to collect popular anger and let the media know.” This strategy is effective because traditional media such as newspapers and broadcast news shows often report on the size and vociferousness of these groups as a proxy for expressing their own political views. In terms of sophistication, this cross-media strategy compares to those used by Western advocacy groups, but it was certainly not one adopted by most organizers.

Technological tools have also become culturally important as myths about their impact continue to grow. Use of technology has always been aspirational — it all boils down to access and power — but this has become far more pronounced in present-day Egypt. Even those who haven’t used Facebook or Twitter are eager to sing their praises or to feign personal familiarity. Parents who peer over the shoulders of their web-surfing children boast about their own ‘Facebook usage’. Even those who admit to never having seen Facebook mumble something or other about internet access costs or the net cafe being too far away before eagerly pressing forward about how their best friend’s use of Facebook is really sufficient for expressing both their political wills. And the pulp literature and pop clothing emblazoned with ‘Facebook,’ now common in Cairo, remind us that technology has the ability to impact a people’s consciousness as much as their physical realities.

Mobile phones may have played the role of the most tangible technology in the revolution. At a basic level, text messages and voice calls enabled the Egyptian people to coordinate, to stay informed, and to communicate amongst themselves and to the outside world. That is, until the government began interfering with internet and mobile networks beginning on January 25. What began as the blocking of Twitter and Facebook became the complete shutdown of both services. Fully functional mobile services were not restored until February 3.

But beyond immediate communications, the near-ubiquitous mobile phone also provided protesters the opportunity to document the events that were unfolding. As tools for crafting the revolution’s narrative, mobile phones gave protesters a sense of ownership over the events. Their videos and photos will also be used to shape the story that will live on. From our conversations, this increased the perceived value of participating. As one youth activist in Cairo explained: “It was our revolution because we made it happen. And it will stay our revolution because we will be the ones writing its history.” (And, one assumes, their place in it.)

Projects such as #18DaysInEgypt, a documentary in development, illustrates this philosophy. This film about the Egyptian revolution will be “shot entirely by those who experienced the events [on-the-ground]”, done by crowdsourcing media content from tech-enabled protesters. A fascinating concept, bu we must not forget those who will be left out of such an interpretation of history. Tech-related access barriers aside, as of March 17, roughly three weeks after the project site launched, only its About section was available in Arabic. The other two key sections — news updates and team bios — were English-only, revealing the project’s biases and intended audiences. This strategy has met with the desired success, as it’s been covered by the regular parade of international media outlets.

As with any information channel, mobile was also used by various government entities. The Egyptian military began blasting mass text messages as early as 8:17pm local time on February 10, 2011 — less than 22 hours before Mubarak’s resignation was announced. The first message: “The Supreme Council of the Armed Forces is currently in a meeting to study the current situation and will speak to the people very soon.” (A curious observation: though the SMS messages themselves are in Arabic, their sender is only identified by its chosen English designation ‘ArmedForces’ as many mobile operating systems do not support Arabic script for contact names. But that is a separate conversation.) Since that first message, the military leadership has been sending mass SMS to its citizens every two to five days to update them on its view of events. As of publication, the last SMS sent by the military was on March 7, and was directed at those who had raided State Security buildings days earlier and removed sensitive materials. The message: “To all the responsible people, please hand in any National Security papers you may have to ensure we can take appropriate action on the information.”

The limitations of technology

In discussing all the possibility technology holds, we must also consider its limitations. Ultimately, technology’s impact is only as strong as the weakest links in the human system that uses it. Indeed, digital tools are seldom trusted in Egypt, and for good reason. Long accustomed to state surveillance, most citizens — from youth activists to factory workers — expect the same to be true online and on their phones, and recognize that monitoring is especially likely on digital networks. Thus, while services such as Facebook could be used in advocacy activities such as recruitment campaigns, they could not be trusted for sensitive organizing. Most senior organizers we spoke with still ran their core activities in a very analog, cell-based fashion. Top strategies were set by leadership committees that gathered regularly in hubs like Cairo. Upon returning to their communities, these leaders would distribute handwritten organizing documents to collaborators. Using such tactics, one group was able to slowly but confidently disseminate a confidential organizing strategy to a network of 8,000 activists nationwide.

The success and importance of these ‘old-fashioned’ techniques show the limits of technology in facilitating Egypt’s revolution. But trying to distinguish these tools from offline connections in Egyptian society is impossible. An incredibly social people, the amount of knowledge transfer that occurs in cafes, on street corners, and from roadside newspaper vendors is immense. It is this primary layer of offline interaction that provides much of the fodder for connections happening online.

To democratize the fruits of technology, tools must be tailored for wider accessibility. Adapting online tools for use via SMS is one possibility that could serve populations that lack computer acccess. Basic text messaging remains among the most inclusive technologies. If online services make greater use of this channel, the share of Egyptians able to use them will expand correspondingly. In the meantime, for excluded populations, technology will continue to impact them only a proximate manner and through exposure to other, technologically enabled parties.

Likewise, until and unless sound solutions to serious security concerns are created, savvy activists will continue to conduct their most sensitive organizing offline. While Egypt’s new Interior Minister Mansour el-Essawy has promised an end to online surveillance, the ubiquity of the practice, even in Western countries, gives little hope that his pledge will be honoured.

Speaking holistically, it is misguided to suggest that technology was the driving motivator in regime change. Technology played a defined and concrete role in the revolution, but its contributions were complementary rather than core. Technology facilitated and encouraged connections and organizing that would have happened anyway. The forces for reform in Egyptian society have deep roots, and they would have ultimately utilized other methods to achieve their goals even if technology wasn’t available. What is likely, and many observers will probably argue, is that access to technology did speed the pace with which reform was possible by lowering the costs of recruitment and organizing.

These tools will continue to penetrate deeper into Egyptian society, but it will likely be several years before many of today’s relatively unconnected demographics begin using them directly. Literacy, both textual and technological, will need to improve, to say nothing of the socioeconomic factors currently limiting access. Such changes take time. However this gradual pace of change shouldn’t trouble observers inspired by the possibilities technology offers.

As an amplifier of human intent, technology will only be as only as effective as the offline social networks it is built upon, and only as good as human intent is able to direct it. Deeper sociological change, from education reform to political restructuring, will be necessary before technology can increase it’s role in shaping the future of Egyptian society. 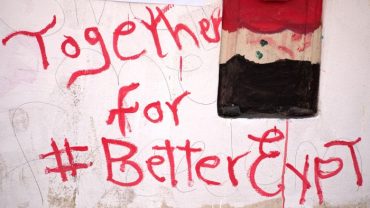 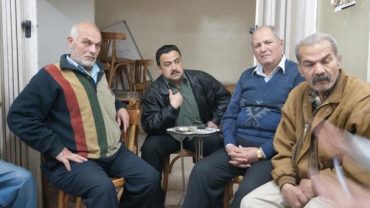 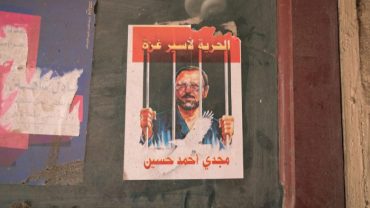