Mobile Money in the Land of Mao

Financial inclusion in China:
What will it take?

The birthplace of both paper money and Maoism, China has a long, complex history with capital. Known for both the novelty and the sophistication with which it has managed its resources — from shells to bronze coins to ‘socialism with Chinese characteristics’ — China recognized early on that value, once tangibly captured and fungible, holds immense power in shaping and moving society.

Today, China is poised to begin another era of financial innovation. In October 2010, state-owned China Mobile — the world’s largest mobile network operator — acquired a 20 percent stake in the Shanghai Pudong Development Bank, also government controlled. The operator is expected to launch a range of mobile financial services (MFS) nationally this year, and industry watchers predict a dramatic take-off in mobile payments in the near-term. Given that progress in mobile banking across markets is often stifled by inefficiencies between regulator, operator, and service provider, China’s integration of the three is intriguing and opens up new possibilities. In addition, with mobile penetration high (64 percent and growing) and bank card penetration relatively low, as well as accumulated experience from various recent pilots, 2011 indeed looks promising for MFS growth in China.

With the rise of mobile banking, there is great opportunity to extend financial inclusion to the country’s poorest citizens. Yet history reveals the fruits of China’s economic ascendancy have often been unequally distributed and many have been left behind in the strides of progress. Rapid and rupturing reform has in fact exacerbated domestic inequality.

Though it boasts the world’s fastest growing group of millionaires — between 2008 and 2009, the number climbed 31 percent to 477,000 people — over 60 percent of China’s rural households live without access to financial services. Poverty alleviation schemes have yielded mixed and uneven outcomes, likewise with financial inclusion programs. Focusing on high-margin, low-risk markets, China’s four largest banks have shuttered a combined 30,000 branches in poor and rural regions over the last few years; rural credit operators have followed suit.

Will mobile banking help improve the lives of China’s rural poor? It’s too soon to tell. Technology is often touted as an equalizing force, yet the effects of digital revolutions are never equally distributed. While second-generation banking has the potential to bring financial inclusion to the masses, there is no guarantee new products will be designed with this goal in mind nor even that the best-intentioned offerings will be accepted, trusted, or used. Especially around matters relating to money, people are naturally and universally cautious.

Despite this, China’s recent history shows some examples of new market models that successfully leveraged old concepts to win over consumers.

For much of the 20th century, individual monetary transactions in China were either explicitly planned or subject to tight government supervision. Restrictions on currency meant citizens had limited agency in buying, selling, or trading resources. Thirty years of reform later, China today offers its citizens dramatic new opportunities to hold, save, or invest their money, but such opportunities are seldom intuitive to or instinctively welcomed by users. New transactional models — and not just in mobile banking — often demand mental shifts in their users. Especially in a cash economy like China, going digital can be difficult for consumers to swallow. Thus, service providers are using established infrastructure and cultural norms to sensitize the market and to achieve the requisite buy-in. Three examples follow:

The Chinese government leveraged longstanding social and logistical infrastructure to promote banking to its citizens. To introduce the masses to new ways of using and managing money, Beijing developed tailored value propositions for specific demographics/interests and ported trust from existing systems over to new ones. Founded in 1951, the state-owned Agricultural Bank of China began as a targeted appeal to the majority professional tribe (rural farmers); the bank both understood and was able to support specialized farm operations. It has since evolved into one of China’s ‘Big Four’ banks and boasts the largest consumer base in the world (320 million retail clients, with profiles that extend well beyond farmers). More recently, in 2007, the Chinese government leveraged its most accessed network — 37,000 post offices nationwide — to create the China Postal Savings Bank (CPSB). Building upon the trust in and familiarity with the postal system, even in the rural areas, Beijing introduced banking to a new group of China’s previously unbanked. The tactic proved a success, with CPSB achieving 10 percent market share in three short years and now ranking fifth among China’s commercial banks.

CTrip is a successful Chinese website that facilitates online travel purchases. While credit card payment is accepted, for customers wary of electronic payment in such large sums, CTrip deploys service agents to mutually agreed upon locations, ranging from the customers’ homes to airports, to collect payment and to hand over receipts and printed e-tickets. While issuing physical e-tickets seems gratuitous (confirmed, easily retrievable bookings are available in the airlines’ systems), the formality is nevertheless important for consumers new to online service models and who may lack the tools (ie. mobile web, printer) to be comfortable ‘going digital’. CTrip assuages concerns around electronic transactions by exchanging hard cash for hard tickets in person. The company also builds upon common practices for money exchange (by using bike couriers to transfer cash) and for communication (by using Skype as a customer service channel). Incrementally and taken in sum, these tactics build trust for an unfamiliar digital system.

In 2006, after years of lobbying from the private sector, China established a individual credit registry. Previously, individual credit risk (ie. for credit card applications) was determined manually, which partly explains why credit card penetration in 2005 was less than 1 percent. Instead of waiting for the official registry to evolve its sophistication, coverage, and reliability, market models have found unconventional ways to mitigate transactional risk. Qifang is an online peer-to-peer lending platform for student loans. It leverages social pressure to ensure debt repayment from and to its users, thus establishing trust for P2P lending. Borrowers register with not just their own national ID card but also those of their parents, and are asked to provide details on their hometown, school, and family. In a country where ‘face’ and family honour are of utmost importance, Qifang hedges against nonpayment by making default and delinquency rates publicly available and linking such data to borrowers’ hometowns, schools, and families.By understanding and using cultural and behavioural norms, the company has created trusted new transaction mechanisms and developed the market for P2P lending. Two years after launch, Qifang had facilitated approximately 3,000 loans with no defaults to date.

All three are examples of taking advantage of well-understood and proven social dynamics; they illustrate innovation in practice. New ventures must use deep contextual understanding and existing market and social infrastructure to establish credibility, gain currency, and achieve adoption.

The average standard of living in China has risen dramatically over the last 30 years. While improvements in livelihoods have not been evenly distributed, the advent of mobile banking presents a significant opportunity to serve the country’s most marginalized. Such an opportunity will only be realized through enabling policies and judicious service design that focuses on the needs of users. With Beijing’s steadfast commitment to poverty reduction, it is likely to have the former covered; many questions, however, remain about the latter. How will China’s MFS systems serve the needs of those 200 million-plus citizens that live on less than $1 a day? How will the systems accommodate the universal fault lines between rural and urban, poor and non-poor, and young and old? No matter how it plays out, mobile banking developments in China will prove instructive for other markets.

While the country’s approach to government-corporate relationships is unique, if China Mobile is successful, other markets — several have comparable means, though through differing mechanisms — may explore creative ways to yoke critical stakeholders. But as the three examples above illustrate, neither utility nor technology alone will suffice in realizing mobile banking’s success. Beijing and its corporate partners would do well to fully understand the unique user attitudes and behaviours that will drive or impede the adoption of new financial products. For mobile banking, or any consumer service, to be successful, existing social norms and infrastructure must be leveraged. Only then will these new tools and systems realize their promise in serving those with the most to gain. 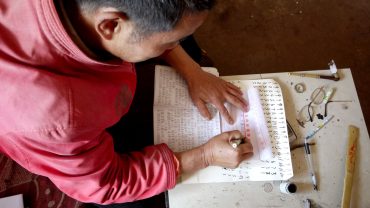 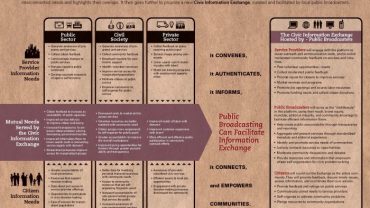 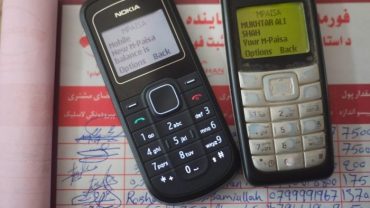 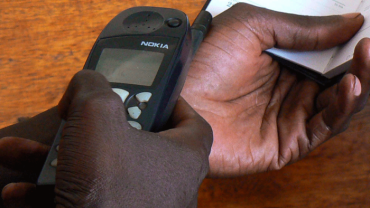